2035 Portland Comprehensive Plan - Overview of Portland’s Physical Evolution Coagulated by Taylor Rhodes The vision for Portland - "Portland is a prosperous, healthy, equitable and resilient city where everyone has access to opportunity and is engaged in shaping decisions that affect their lives." Portland’s physical evolution includes six categorical eras, and we are in the midst of the sixth right now.

The Portland Basin era was home to many groups of Chinookan-speaking peoples for thousands of years prior to Euro-American settlement in the nineteenth century. Plentiful natural resources, such as salmon and small game, supported one of the densest populations of Native Americans with numerous villages of l ...

COVID-19 and the continued lowering of interest rates have ushered in a delayed buying season. Typically, we see buyers knocking on doors in the spring and summer months. However, we are now seeing buying into the fall season.
The delay, low-interest rates, AND low inventory are creating fierce competitive buying situations as well as more pending sales when viewed year over year. The average days on market has dropped to 38 days, an exceptionally low number for this time of year.
Here are the facts and figures:

Inventory decreased to 1.1 months in September

New listings have decreased by 9.6%

How to Invest in US Real Estate as a Foreign Investor

If you are a foreign rental property investor who is looking to build a portfolio in the United States, this article is for you!

One of the best real estate markets can be found in the United States. There are a lot of foreign investors looking into investing in the US as there is a great rent-to-value ratio in any part of the country. The real estate system in the United States is very unique as financing is usually simple, and the laws are detailed about land ownership. A lot of foreigners would want to invest in the real estate market in the US but have no idea where and how to start.

If you are not yet familiar with the real estate market you are interested to invest in, syndication is a great way to start. What is property syndication? Syndication is a partnership between several investors. Investors combine their skills, resources, and capital to buy and manage a property they otherwise could not afford. Syndications are a great investment for a lot of investors ...


A 2015 study published by Hoen et al. on behalf of the Lawrence Berkeley National Laboratory shows that over a period of 12 years, buyers were willing to pay premiums for solar-equipped homes, which on average equated to $4 per watt or about $15,000 more overall than a comparable non-solar-equipped home. The authors took into account over 22,000 home sales across eight states between 2002 and 2013, and their findings were consistent across the multiple states, various home types, and varying housing and solar energy markets.
Is Data Outdated?
Even though the data might be considered old, that is actually a plus. Since then solar panels have decreased considerably in costs, incentives are up, and recent global events have put energy independence more in the spotlight.
In this article, we’ll take a look at some of the math and contributing factors behind this boost in home equity and analyze what that means for you as a homeowner who is ...

Investing when you have a hesitant significant other

Speaker 1:
Here talking about how to invest in real estate with a hesitant, significant other. This is something I have dealt with personally. So, first, you got to sell the idea. So if you have a hesitant, significant other that may be a little bit more cautious, or analytical, is not as ADHD is yourself, explain why real estate investing will help your financial future together, not just yourself, you guys are a team, so make it about the team.
Speaker 1:
Show the numbers to support your claims, because numbers don't lie. Use real-life examples of friends/acquaintances. This can be good if someone is a little bit hesitant. You can use examples of your friends or people that you know that have done it before, and show why it is a good idea. And then my favorite question is, "well, why not?" If there's a lot of objections say, "Well, why not? Why not do that? Why don't we do that?" Oh, I guess I skipped a slide.
Speaker 1:
We're going to combat a common objection, "I don't wan? ...

December 4, 2020
What do you look for in a rental property? December 1, 2020
How Coronavirus May Affect Homeowners Insurance November 25, 2020
The Pros and Cons of Renting to Family 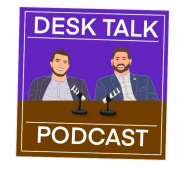 To continue searching, you must agree to the Terms of Use.

For the best experience, please provide your cell phone number and select accept below to opt-in to our Terms & Conditions and Privacy Policy to begin receiving text and voice communications.

or make a new notebook

Search the full MLS and Exclusive Property Listings.
(Prices and inventory current as of April 13, 2021)

Have a house to sell?

Find Out How Much Your Home Is Worth (optional)

We just need your phone number to finish creating your account.